Mauricio Pochettino has a number of key decisions to make as his Tottenham team prepare to face Manchester City.

Danny Rose should return at left-back but with Kyle Walker unavailable at right-back there are three players vying for the position. This is probably not the game to throw DeAndre Yedlin in at the deep end, so we’ve opted for Vlad Chiriches, mainly because it means Eric Dier can they play at centre-back ahead of Federico Fazio. The Argentine had a terrible game against City at the Etihad earlier this season and is bound to struggle against Sergio Aguero’s pace.

We’d also plump for Paulinho in midfield over Ryan Mason. The Brazilian had a decent game at Newcastle a couple of weeks ago and deserves another chance. Erik Lamela should also continue ahead of Andros Townsend having scored against Southampton last weekend.

Here’s our team to face Manchester City. What’s yours? 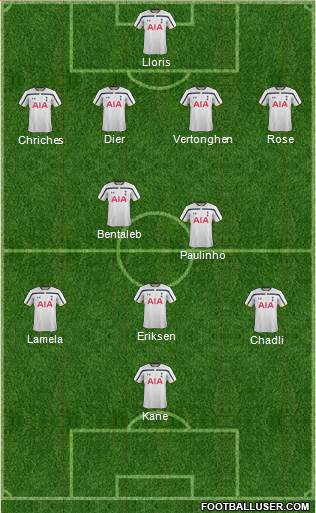