Spurs fans do a lot of bickering among themselves so it’s refreshing to see that other teams’ supporters are just as bad.

This is especially true when it’s Arsenal supporters who are doing the fighting. Take for example this spat on Twitter last week, which all started when one Arsenal fan gave an opinion on the possible signing of Jackson Martinez. 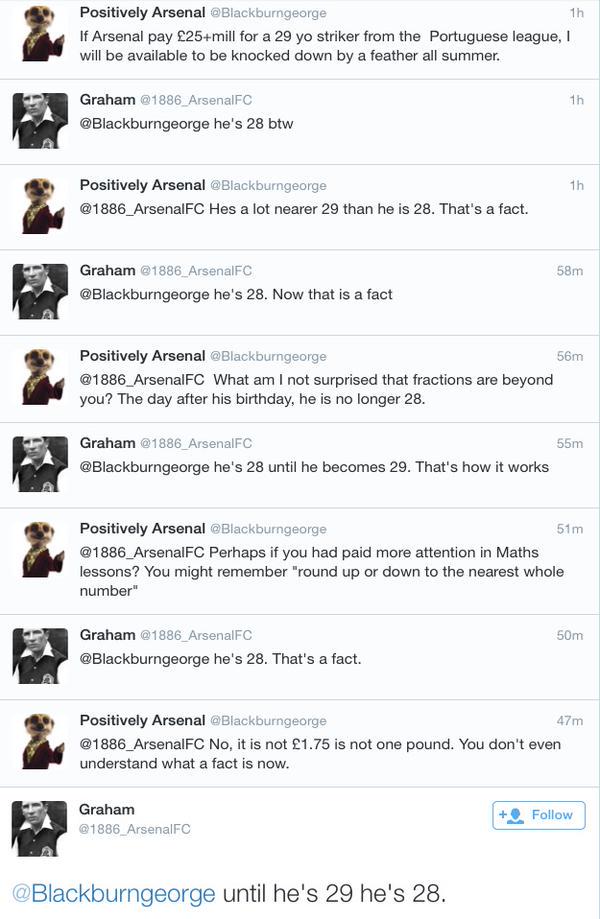 Newcastle targeting one former and one current Tottenham player – report