You might think that there’s not much debate to be had when it comes to picking a team to face Aston Villa, considering that Spurs beat Bournemouth 5-1 in their last match.

Two factors muddle things. Firstly, Tottenham have to play three games in seven days, with the visit from Villa followed by a home Europa League clash with Anderlecht, before the North London derby on Sunday.

Secondly, Ryan Mason is back from injury and available for selection, putting him in contention with Dele Alli and Mousa Dembele for a spot in the team.

Dembele has impressed of late and should start away at Arsenal, where his ball retention skills will be useful. Mason’s passing ability will probably be best utilised against Anderlecht, where Spurs will need to break down a well-organised side who beat them in Belgium.

So Dembele plays against Villa, with Mason ready to step in if they prove difficult to break down. Here’s our team to face Aston Villa, what’s yours? 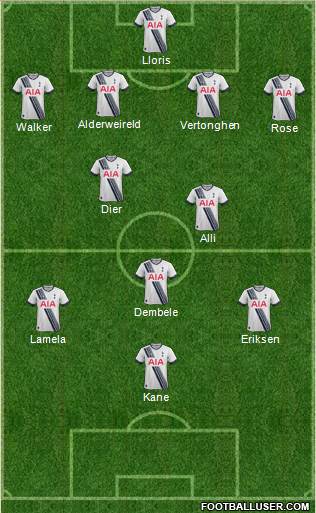 One change from Newcastle, and it’s an obvious one – Possible Spurs XI vs Man Utd