Tottenham are in FA Cup action today against Crystal Palace and Mauricio Pochettino must shuffle the pack carefully ahead of the midweek Europa League tie against Fiorentina.

Pochettino mixed regular first-team starters with some fringe players on Thursday and should do the same against Palace. Michel Vorm will start again with Hugo Lloris injured, with the full-backs once more rotated and Eric Dier returning to the side alongside Kevin Wimmer.

In midfield, if Nabil Bentaleb doesn’t start then it’s probably safe to assume that he’ll be off in the summer. With Tom Carroll out, Ryan Mason should get another chance to shine, with Mousa Dembele, Erik Lamela and Nacer Chadli playing further forward.

Finally, Harry Kane started on the bench against Fiorentina and should be back up front in place of Heung-Min Son. 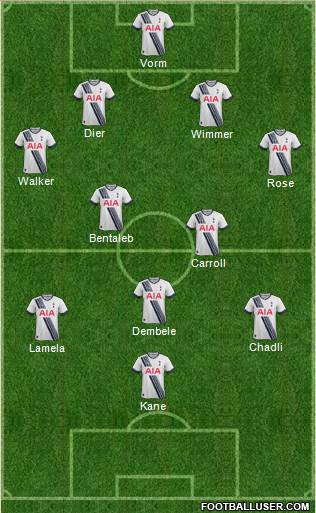 Bergwijn straight back in, Lo Celso on the bench: Possible Spurs line-up vs Newcastle