Big games are coming thick and fast these days and Mauricio Pochettino has some major decisions to make ahead of Tottenham’s trip to West Ham.

The goalkeeper and back four are the most straightforward. Hugo Lloris, Toby Alderweireld and Kevin Wimmer will all start again, while Keiran Trippier and Ben Davies return having missed the game against Swansea.

Ryan Mason was also overlooked on Sunday and could return alongside Eric Dier. Further forward, Christian Eriksen is a lock-in after his brilliant performance last time out and Nacer Chadli deserves a shot having scored a crucial equaliser.

Harry Kane is another certain starter but the big question is whether Dele Alli will be fit enough to feature. With Alli banned for the trip to Dortmund there’s no reason why he shouldn’t play against both West Ham and Arsenal if injury free. If not then Erik Lamela will probably start in his place.

Here’s our Spurs team to face West Ham. What’s yours? 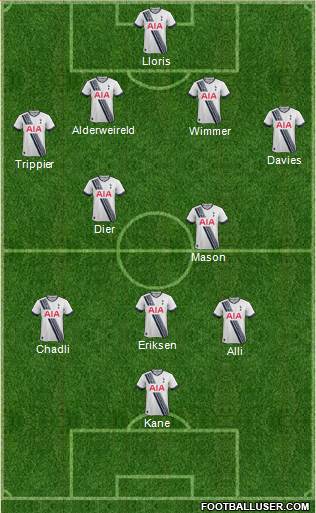 The Gareth Bale rumours are back, Spurs reportedly keen on ‘late-window move’