Mauricio Pochettino has some decisions to make, with two of his key players banned for the match against Southampton.

Mousa Dembele was given a six week ban this week after his antics during the battle of Stamford Bridge and in truth we can count ourselves lucky that more players aren’t banned.

It looks like a straight fight between Ryan Mason and Tom Carroll for Dembele’s midfield slot and we think Pochettino will go for the former. It promises to be a big afternoon for Mason, who needs to prove that he can be relied upon amidst rumours about his future.

Further forward Dele Alli serves the second of his three match ban and should be replaced by Heung-Min Son, who found the net against Chelsea.

Here’s our Spurs team to face Southampton. What’s yours? 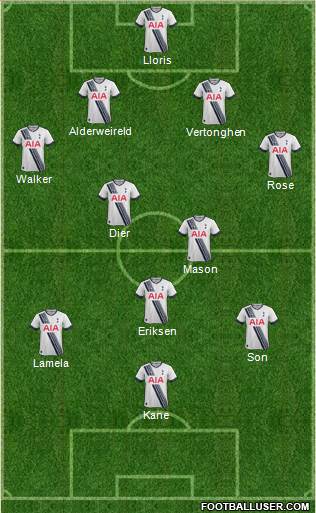