If Tottenham’s team to face Everton on the opening day of the season more or less picked itself, Mauricio Pochettino has far more decisions to make for the match against Crystal Palace on Saturday.

Hugo Lloris is out and will be replaced with Michel Vorm, behind a first-choice back four.

It’s midfield where things get trickier. The partnership between Eric Dier and Victor Wanyama looks a little too defensive for a home game. We’d bring back Dele Alli into a deeper position, with Ryan Mason and Harry Winks alternative options.

In Alli’s place would be a withdrawn Harry Kane, playing just behind Vincent Janssen, who impressed on his debut at Goodison Park. 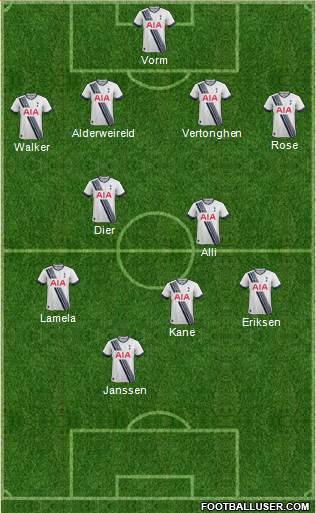