There is just one big question for Mauricio Pochettino ahead of Tottenham’s game with Liverpool. Just where does he fit Dele Alli back into the team?

The are plenty of permutations for our manager to ponder. Alli could play as a number eight alongside either Eric Dier or Victor Wanyama, with that partnership having looked somewhat defensive so far this season.

Or Pochettino could keep that solid base to the team and play Alli in his normal position behind the striker, which would mean dropping either Harry Kane or Vincent Janssen to the bench.

Another alternative is for Alli to replace Christian Eriksen, with the Dane having disappointed against Crystal Palace. Finally, Pochettino could just keep a winning side intact and leave Alli amongst the substitutes, but we’d be very surprised if that happens.

For us the unlucky man would be Dier, giving Spurs an attacking look and a great option to bring off the bench to shore things up.

Here’s our Tottenham team to face Liverpool. What’s yours? 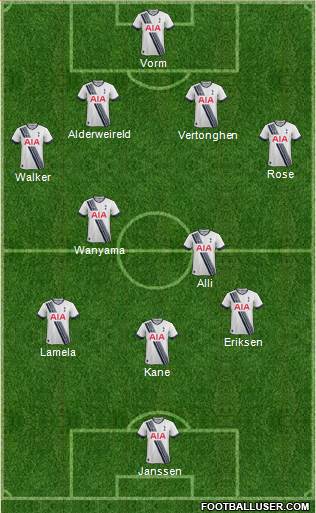