It’s Tottenham’s opening group game of the Champions League tomorrow and Mauricio Pochettino needs to pick a side that can get off to a good start against Monaco.

While Monaco were defeated 4-1 at White Hart Lane last season by a second-string Spurs team, we think Pochettino will pick a strong side, as he looks to claim three points at Wembley and get off to a flyer.

Hugo Lloris will make his second start since returning from injury. The back four will feature Ben Davies deputising for Danny Rose and we expect that Pochettino will resist the temptation to rotate further.

The midfield should see the long-awaited return of Mousa Dembele, who we’d pair with last season’s partner Eric Dier. Further forward there is a decision to make, choosing three from Dele Alli, Christian Eriksen, Dele Alli and Heung-Min Son to play behind Harry Kane.

Heres our Tottenham team to face Monaco. What’s yours? 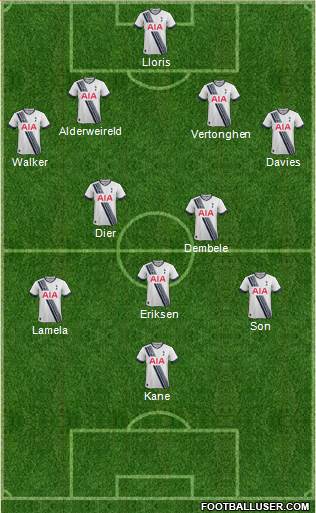