Tottenham travel to Swansea on Wednesday night aiming to further close the gap on leaders Chelsea, who face Manchester City.

Mauricio Pochettino is likely to make a few changes after the 2-0 win at Burnley, some enforced, some tactical. Harry Winks will miss the rest of the season after injuring ankle ligaments at Turf Moor. His replacement, Mousa Dembele, is bound to start at Swansea.

At this time it’s still uncertain whether Victor Wanyama will recover from the back injury he picked up at Burnley. Spurs switched to a 4-2-3-1 system when Wanyama hobbled off at the weekend.

If the Kenyan doesn’t make it, there’s a possibility Pochettino will scrap the 3-4-3 system from the start at the Liberty Stadium, with Eric Dier moving into midfield. Kyle Walker, if fully fit, will replace Kieran Trippier at right-back.

That all means there’s room for one more attacking player. After his goalscoring cameo at Turf Moor, Heung-Min Son will probably be part of an attacking midfield trio behind Vincent Janssen.

Here’s the XI we think Spurs will go with. What do you think? 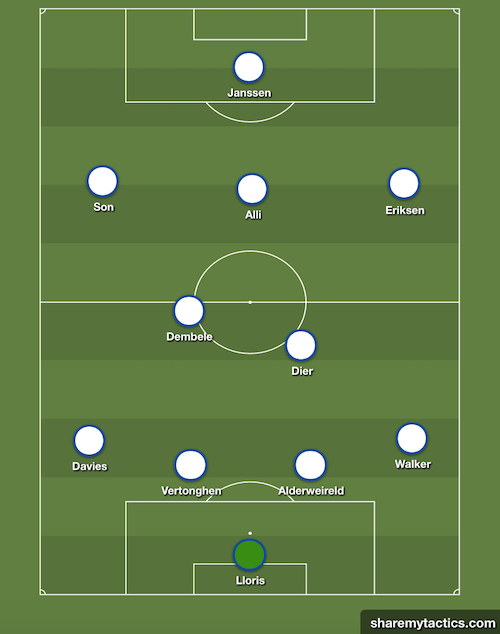 VIDEO: Mourinho sticks up for Spurs players after defeat at Chelsea