Harry Kane has history against Saturday’s opponents Huddersfield Town, but I don’t blame you for struggling to remember…

The striker, who has scored nine goals for Tottenham in September including a Champions League hat-trick, was once a young man in search of first team football.

In the 2010/11 season, he found a temporary home in the form of League One side Leyton Orient.

In February 2011, Orient were 2-0 down at Huddersfield when a 17-year-old Kane made his mark on the game.

The youngster scored in the 73rd minute and was sent off four minutes later after receiving a second yellow card. It remains the only dismissal of Kane’s career. 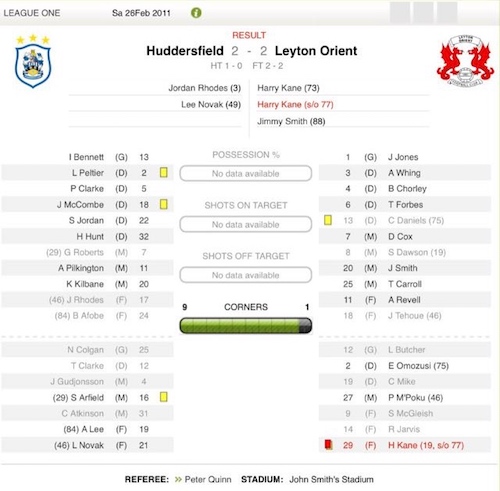 Tom Carroll also played for the visitors that day.

Orient eventually found an equaliser, and Huddersfield went on to lose the play-off final despite finishing third in League One.

It’s safe to say things have changed for both Kane and Huddersfield since then. Saturday will be Tottenham’s first encounter with the Terriers since September 1972.