Tottenham face Real Madrid in in the Champions League at Wembley tonight knowing a win would see them through to the knockout stages.

Mauricio Pochettino has a number of decisions to make regarding his team selection.

Harry Kane is to be assessed at some point today, but he is expected to start.

Dele Alli is finally available for a Champions League game after missing the first three matches through suspension.

He’s very rarely left out if fit and available, so I think he’ll fill the role Fernando Llorente played at the Bernabeu.

Alternatively, Heung-Min Son could start to give Spurs more of a threat on the counter. At this stage, however, it looks like he’ll be on the bench.

Harry Winks was excellent in the reverse fixture and should be rewarded with another start tonight. He’ll probably be partnered by Eric Dier, with Davinson Sanchez slotting back in to the defence.

Here’s our Tottenham XI to face Real Madrid – what’s yours? 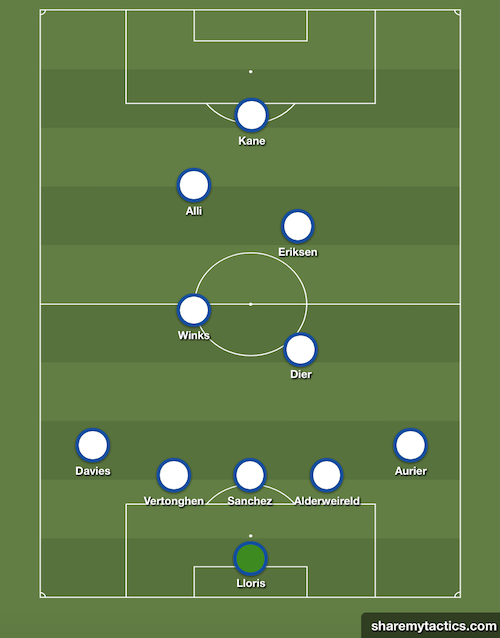