Tottenham travel to Swansea City on Tuesday night aiming to close the gap on their top four rivals in the Premier League.

Mauricio Pochettino has a number of selection decisions to make with Spurs set to play three games in the space of six days.

There are no new fitness concerns, although it’s unclear whether Mousa Dembele will be fit enough to start after he limped off against Southampton on Boxing Day.

Meanwhile, Victor Wanyama is back in full training and could be on the bench, while Toby Alderweireld is still sidelined through injury.

Harry Kane has been ill over the Christmas break, but the last we heard Pochettino was hopeful he would be available for Tuesday.

I think we’ll see three changes to the line-up that beat Southampton, with Kieran Trippier, Ben Davies and Harry Winks coming in for Serge Aurier, Danny Rose and Mousa Dembele.

Here’s our predicted XI to face Swansea – what’s yours? Let us know in the comments. 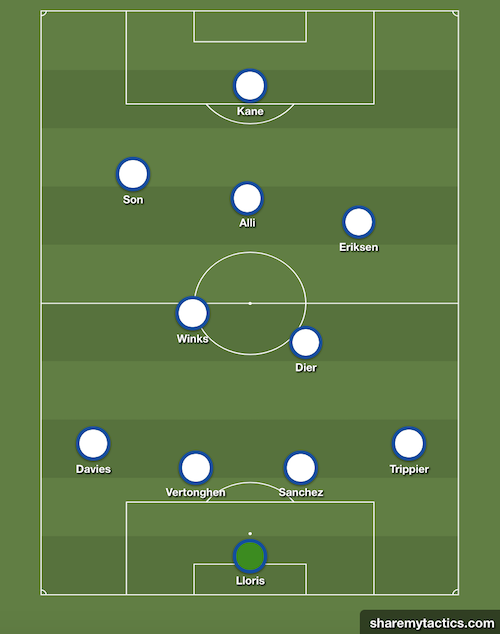