Tottenham Hotspur have the chance to make history when they face Liverpool in their first ever Champions League final appearance this weekend.

Mauricio Pochettino has a fully fit squad to pick from, which is both a good thing and a big problem when it comes to his team selection.

The back four picks itself but there are plenty of tough decisions further forward.

Essentially, Pochettino has to leave out one of four players: Harry Winks, Son Heung-min, Lucas Moura or Harry Kane.

Winks hasn’t played since early April, but his control and energy will be needed in central midfield next to Moussa Sissoko.

Kane also hasn’t played in some time, but there’s no way Pochettino will leave Tottenham’s talisman out if he is fully fit – the same goes for Dele Alli and Christian Eriksen.

Son endured a difficult end to the season, but his campaign has been better than Lucas Moura’s overall – the Brazilian looks like he will be the one left out, which is desperately sad for the player who got Spurs to the final.

Or perhaps you disagree with our take? Let us know who you think Pochettino will leave on the bench in the comments section, and check out our full line-up below. 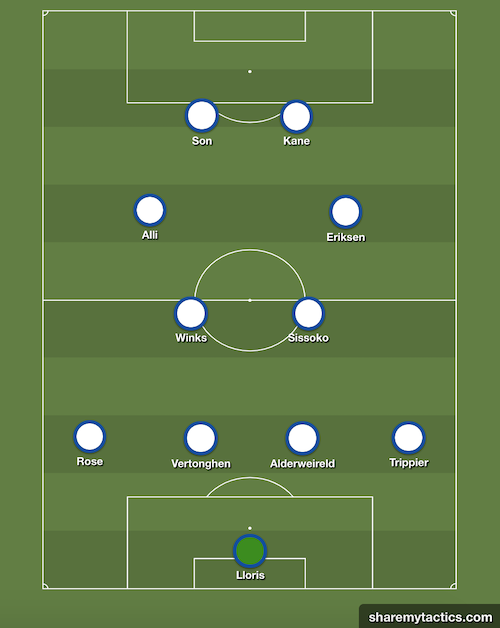 VIDEO: Watch Aurier and Kane both score against Sheffield United