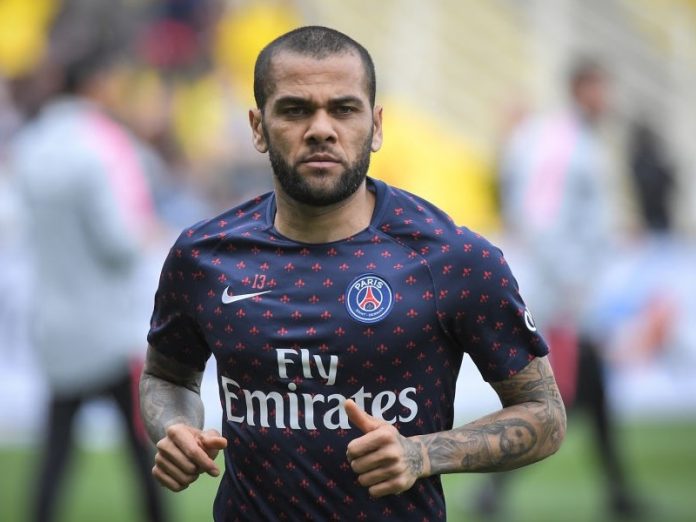 The 36-year-old, who won the Copa America for a second time against Peru last weekend, is a free agent after his two-year contract with Ligue 1 champions expired this summer.

And @DuncanCastles on Twitter is reporting that Spurs, who are in the market for at least one right-back, with both Kieran Trippier and Serge Aurier linked with moves away from the Tottenham Hotspur Stadium, are interested in bringing the Brazilian to North London.

With Chelsea currently under a transfer ban and the other top-six clubs not in need of a new right-back, it would be a perfect fit for Mauricio Pochettino’s, although it would go against the clubs usual regime of signing youngsters.

Combine that with the fact that Alves was on a reported £230,000 per-week in the French capital, which would make him by far Tottenham’s highest paid player.

But Spurs fans have been reacting to the news, and it’s fair to say they would welcome a move for the legendary defender, who has never played in the Premier League.

He would be amazing to have around the team plus Walker-Peters would only benefit from being in the same squad as one of the best right-backs of all time!

Absolute no brainer… Just won player of tournament at Copa, still fit as ever… A winner, brings that mentality, you'd have to have him for a year r 2..

Outside the usual profile but would add a bit of experience and leadership that we lack. As well as some actual footballing ability at right back!

Get him in. Still got his pace and great experience