Tottenham face Sheffield United in the Premier League this weekend aiming to turn their poor Premier League form around after an impressive showing in the Champions League.

Speaking in his press conference on Friday, Pochettino revealed some players suffered “small issues” in midweek, meaning the Argentinian has a few decisions to make regarding his team selection.

But despite those quotes, we think the Spurs boss will make just two changes to the line-up that beat Red Star in order to gather further momentum going into the international break.

Juan Foyth played 90 minutes for the first time this season on Wednesday, so it’s unlikely he will feature from the start again. Expect Serge Aurier to come back in at right-back.

Eric Dier is in a similar boat to Foyth having just completed a rare full outing. Toby Alderweireld will almost certainly replace him, with Davinson Sanchez and Danny Rose completing the back four.

The midfield balance was spot on in Belgrade, so Tottenham fans will be hoping Pochettino sticks with Moussa Sissoko, Tanguy Ndombele and Giovani Lo Celso behind a front three of Dele Alli, Son Heung-min and Harry Kane.

Here’s our predicted XI to face Sheffield United – what’s yours? Let us know in the comments section below. 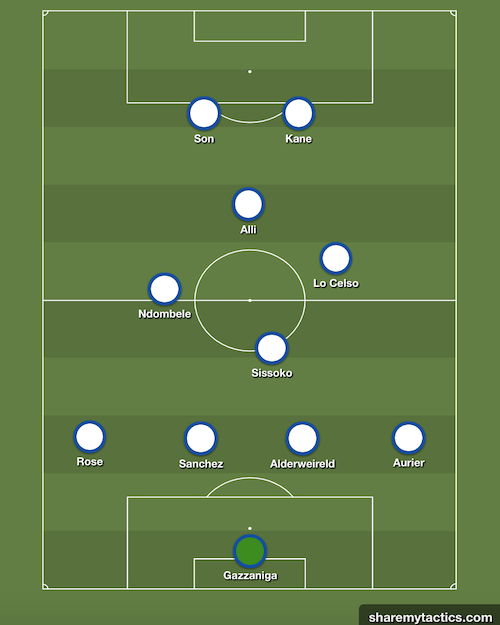