Tottenham face Newcastle United at home in the Premier League on Sunday aiming to make it four wins from four across all competitions.

The Londoners bounced back from an opening day defeat to Everton by beating Southampton in between two Europa League qualifying victories.

Jose Mourinho has changed his side plenty so far this season, and he has a number of decisions to make regarding his team selection for this one.

We think Mourinho will make eight changes to the side that started against FK Shkendija on Thursday night.

Toby Alderweireld could be the only defender to retain his place, and there is a good chance Sergio Reguilon will make his debut at left-back.

Mourinho could not say whether Tanguy Ndombele will start after playing for 90 minutes in midweek, but we think the Frenchman should feature from the beginning even if can only last an hour.

Steven Bergwijn didn’t really do enough in North Macedonia to retain his spot, so Lucas Moura will probably start on the right of the front three.

Here’s our predicted XI to face Newcastle – what’s yours? Let us know in the comments section below. 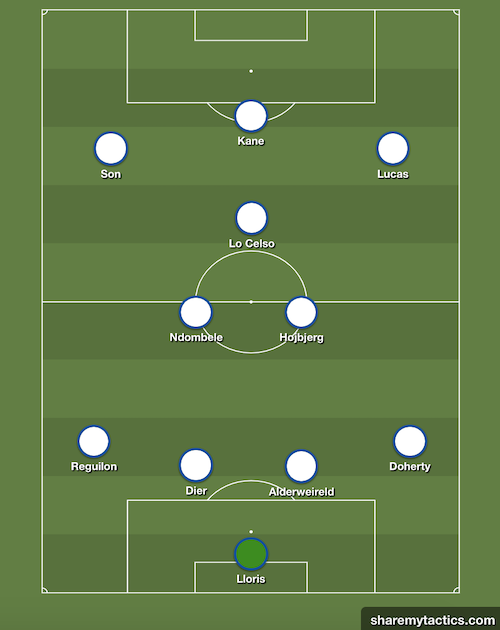