Spurs will have eleven players representing their countries at Euro 2016.

Liverpool and Juventus have the most players at the tournament with 12 each, with Tottenham just behind them.

Hugo Lloris will captain France and is joined by six of the Spurs defenders who play in front of him at White Hart Lane. Kyle Walker and Danny Rose are in the England squad, while fellow full-back Ben Davies has been called up by Wales and central defender Kevin Wimmer has been named by Austria.

The Belgian central defenders Toby Alderweireld and Jan Vertonghen could recreate their successful club partnership on the international stage, where there is the possibility of midfielder Mousa Dembele playing in front of them.

Dembele’s club partner Eric Dier will anchor the England midfield, where he is expected to start alongside both Dele Alli and striker Harry Kane.

An over-abundance of defenders means that this eleven do not make up a particularly good team, but if you throw a few past Tottenham stars into the mix, you could select a very handy side.

We think that the best possible XI that you could name from all the past and present Spurs players at the tournament would look something like this. How would this team fare at Euro 2016? 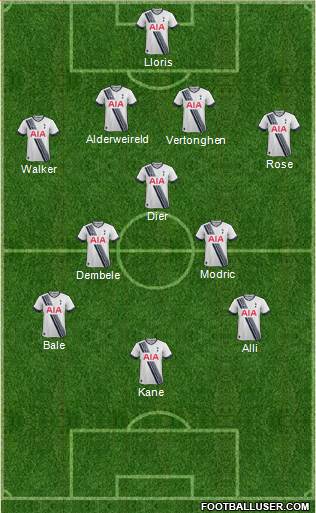