Mauricio Pochettino has a major tactical decision to make ahead of Tottenham’s match with Chelsea tonight.

Having had success with a three man central defence in the 4-1 win over Watford, there is a temptation to stick with the formation that has proved so successful for Chelsea this season.

Yet we think that Pochettino will revert to a back four, having seen his side play well against Chelsea at Stamford Bridge using a 4-2-3-1. On that occasion Spurs were hampered by the fact that neither Danny Rose or Ben Davies were available, but Rose will be playing tonight, on a rare occasion when Pochettino will be able to select his best back four.

Here’s our Tottenham team to face Chelsea. What’s yours? 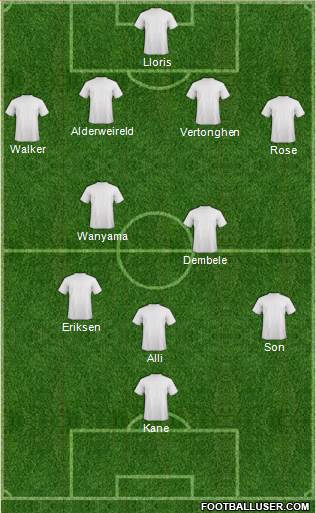