Tottenham took a 3-1 lead 15 minutes into the second half of their Champions League group stage clash with Borussia Dortmund at Wembley.

And it was that man again, Harry Kane, with his second goal of the game and his fourth in two appearances.

Spurs took the lead inside four minutes when Heung-Min Son went on an excellent individual run before firing in a shot at the near post.

Dortmund quickly equalised through Andriy Yarmolenko’s curling effort before Kane made it 2-1 on 15 minutes with an almost identical goal to Son’s.

Kane then made it three on the hour when he found himself with room in the box and smashed the ball low across the Dortmund goalkeeper.

It doesn't matter… Harry Kane is clinical with both. 🔥 pic.twitter.com/QNOO3sgtap 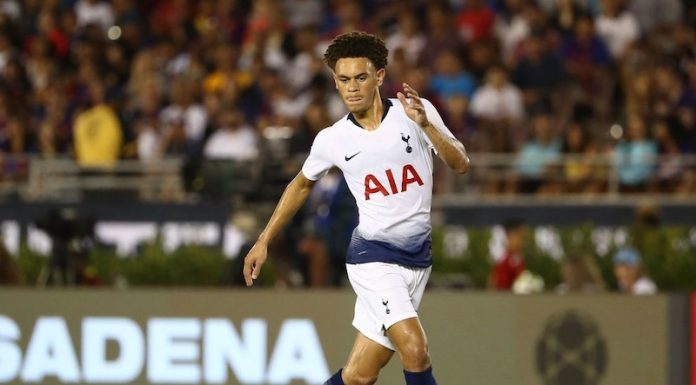 VIDEO: Gareth Bale comes of age in Champions League on this day in 2010