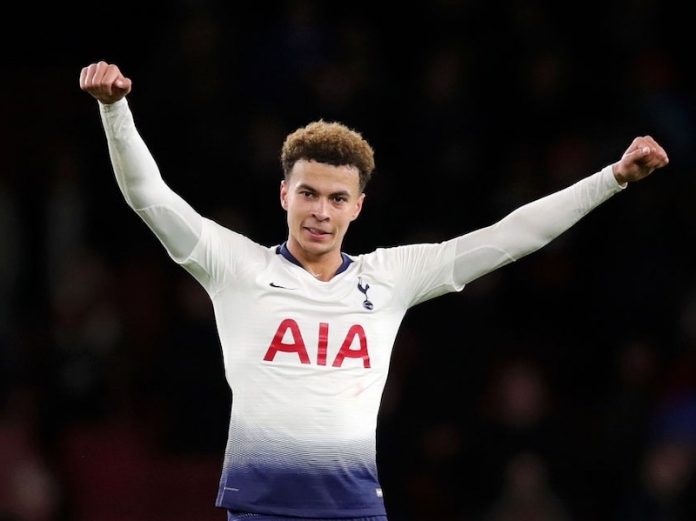 Mauricio Pochettino is hopeful Dele Alli will be fit to play in the Champions League final in three weeks time.

Alli was substituted at half-time on the final day 2-2 draw with Everton at the new stadium, stoking fears he had picked up an injury.

The 23-year-old has struggled with fitness problems all season, including a hamstring injury and a broken wrist, for which he is still wearing a protective cast.

With Spurs 1-0 up against Everton, Alli didn’t emerge for the second half and was replaced by Victor Wanyama.

But Pochettino has confirmed his removal was a precaution as a result of the midfielder feeling “strange” before the match and struggling in the opening 45 minutes.

“He didn’t start in the warm-up, he was feeling strange and then his performance was very poor in the first half because he can’t cope with the situation,” Pochettino said (via Sky Sports).

“So because of caution, he was out. I think it is not a problem. We need to assess him, but I think he was tired, but for the circumstance again we played with him.”

It looks like there is nothing to worry about, although the fact Alli will need to be assessed will be an ongoing cause for concern until we hear further news.

It’s crucial Alli is fit for the Champions League final after his impactful performance in the second leg against Ajax.

The midfielder, who is known to be much more effective when playing further forward, provided assists for Lucas Moura’s opener and the now famous late winner.