Tottenham will be aiming to maintain their unbeaten start to the Premier League season when they take on Newcastle United at the new stadium on Sunday.

Mauricio Pochettino has a number of decisions to make regarding his team selection. We think he will make four changes to the XI that started against Manchester City last weekend.

Ben Davies should make his first appearance of the campaign, coming in for Danny Rose at left-back. Jan Vertonghen will surely be given a run out after returning to the bench at City – Toby Alderweireld could be the unlucky player to drop out.

Tanguy Ndombele has a slight thigh injury, so Pochettino could switch to a 4-2-3-1 with Harry Winks and Moussa Sissoko forming a two-man midfield.

Behind Harry Kane, a trio of Erik Lamela, Lucas Moura and the returning Son Heung-min has the potential to cause Newcastle all sorts of problems. Christian Eriksen may have to settle for a place among the substitutes after Lamela and Lucas played vital roles at the Etihad.

Here’s our predicted line-up to face Newcastle – what’s yours? Let us know in the comments section below. 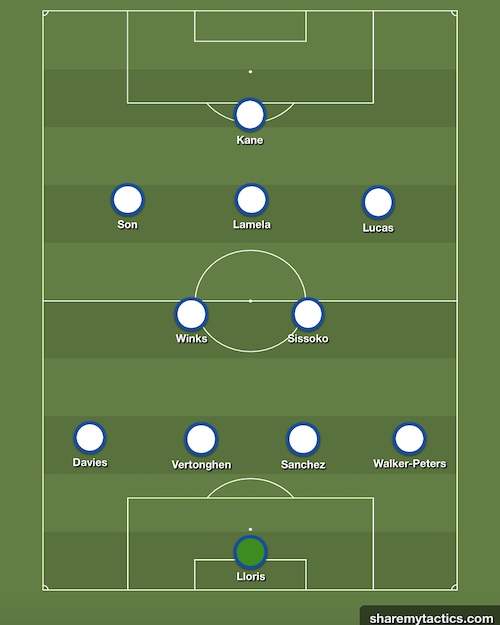