Tottenham travel to Liverpool in the Premier League this weekend for what could be their toughest test of the season so far, and Mauricio Pochettino has a number of decisions to make regarding his team selection.

Many Spurs fans are expecting – and wanting to see – Pochettino stick with the line-up that beat Red Star 5-0 in the Champions League on Tuesday night, but it would perhaps be naive to go with such an attacking system against a team as good as Liverpool.

With that in mind, we think Pochettino will revert to a back three that often resembles a back five. Ben Davies could keep his place at left-back as a result of Danny Rose’s below par performances of late, while Toby Alderweireld will come in to be the third centre-back.

Manchester United had a lot of luck defensively with a similar formation against Liverpool last weekend, so Pochettino may be keen to replicate Ole Gunnar Solskjaer’s tactics.

That means Harry Winks will have to settle for a place on the bench unless he is preferred to Moussa Sissoko or Tanguy Ndombele in central midfield. Further forward, Erik Lamela will provide support for Harry Kane and Heung-Min Son, with Dele Alli dropping out.

Here’s our predicted XI to face Liverpool – what’s yours? Let us know in the comments section below. 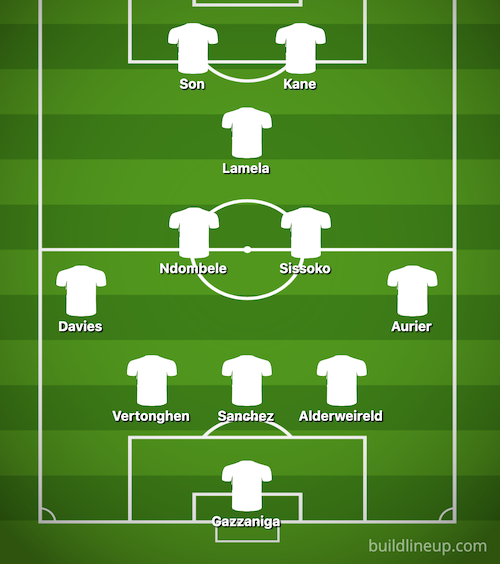 ‘Could sort a move to Tottenham’: PL midfielder’s new agent to push for Spurs switch – report

VIDEO: Pierre-Emile Hojbjerg names ex-Spurs midfielder as one of his toughest opponents