Tottenham have been handed a huge boost after midfielder Giovani Lo Celso was pictured training at Hotspur Way on Monday morning – squashing the rumours of a possible season-ending injury.

The Argentine, who has been extremely influential since making his loan move permanent from La Liga outfit Real Betis in January, was reported to have picked up a knock by reliable Spurs journalist Alasdair Gold after missing the training game at the Tottenham Hotspur Stadium on Friday morning – with some suggesting that he could even be ruled out for the rest of the campaign.

With Tottenham’s return to Premier League action just 11 days away, an injury to Lo Celso would have been a major blow for Jose Mourinho.

But the 24-year-old, who has featured 28 times for Spurs this season, was seen back in training earlier today and will be hoping to start against Manchester United on Friday week when Mourinho’s men make their return to competitive football after a three month break.

Paulo Gazzaniga and Japhet Tanganga were also spotted back in Enfield after they weren’t involved on Friday, but there was no sign of defender Davinson Sanchez – another who was absent from the in-house training match in north London.

Leave a Reply to VIDEO: One Spurs player looked particularly sharp in training on Monday – The Fan Source Cancel reply 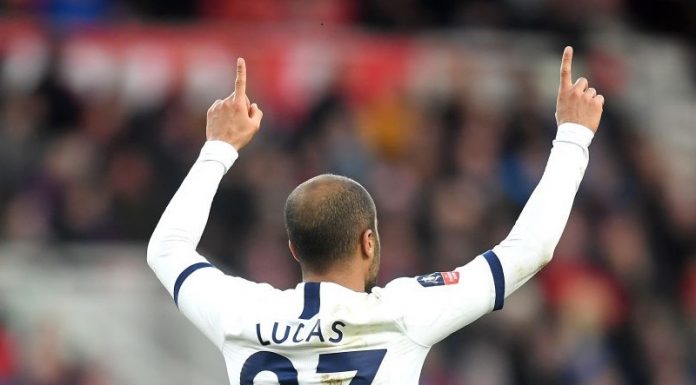