Tottenham could finish this weekend top of the Premier League if they beat West Brom on Sunday and other results go their way.

With that in mind, Jose Mourinho has a number of decisions to make regarding his team selection for the trip to the Hawthorns.

Hugo Lloris will come back in between the sticks, while there could be a few changes in front of him – with Eric Dier the only defender certain to retain his place.

Davinson Sanchez may replace Toby Alderweireld, who started against Ludogorets on Thursday. The full-backs could also change, with Sergio Reguilon and Serge Aurier coming in for Ben Davies and Matt Doherty.

The midfield is likely to consist of Pierre-Emile Hojbjerg, Moussa Sissoko and Tanguy Ndombele. Giovani Lo Celso could make an impact from the bench.

Gareth Bale will probably be among the substitutes too, given Jose Mourinho’s intentions to be careful with the Welshman ahead of the international break. Lucas Moura will join Son Heung-min and Harry Kane in attack.

Here’s our predicted XI to face West Brom – what’s yours? Let us know in the comments section below. 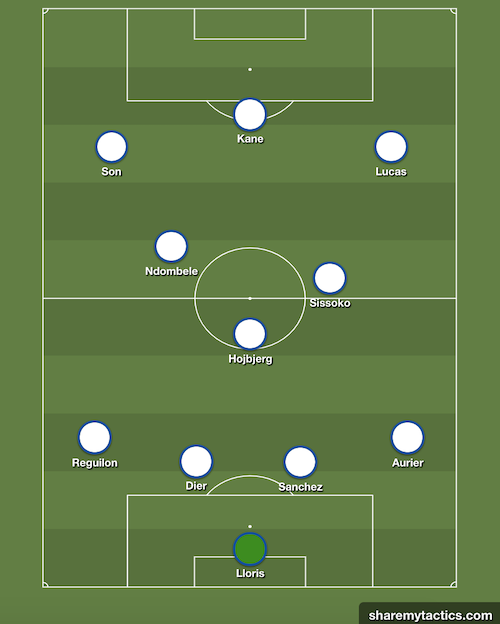