Harry Kane scored an 88th-minute winner as Tottenham secured their third Premier League victory on the bounce following a 1-0 win at West Brom.

It looked like being another frustrating afternoon at The Hawthorns for Spurs, who hadn’t won on their previous three visits, but the England captain came up trumps with his 150th Premier League goal two minutes from time.

Here’s how we rated the players on the day:

Hugo Lloris, 7 – Confident and comfortable in everything he did. Forced into making one meaningful save late on from Karlan Grant.

Matt Doherty, 7 – Recovered from a sloppy first-half to come up with an outstanding first assist for the club for Kane.

Eric Dier, 9 – Going from strength to strength, in what was another monumental display, which included one crucial header from almost under his own crossbar.

Toby Alderweireld, 9 – Defended superbly and could have topped another impressive performance with his first of the season, but could only head straight at Sam Johnstone.

Sergio Regulion, 6 – Had a few long-range strikes, but this wasn’t one of his better days.

Pierre-Emile Hojbjerg, 7 – Battled well, but didn’t control the midfield like he normally does.

Moussa Sissoko, 5 – This was more like the Sissoko of the 2016-17 campaign. His touch and majority of his passing was poor before he was hooked.

Tanguy Ndombele, 6 – Played a wonderful pass for Son’s early chance and always tried to make things happen before he came off with a toe injury.

Gareth Bale, 6 – Handed his first Premier League start of the season following his goal against Brighton and then Europa League outing, but it never quite happened for the Welshman. Put in some good defensive work, but couldn’t impact the game offensively.

Heung Min Son, 4 – Missed a golden opportunity early on, and didn’t improve from then on it.

Harry Kane, 7 – Saw a couple of second-half shots blocked in what was a slog, but never stopped plugging away and got his reward on 88 minutes, heading home Doherty’s cross for his 150th Premier League goal.

Giovani Lo Celso, 6 – Squandered a huge chance soon after he came on, but Tottenham’s attacking play improved following his introduction. 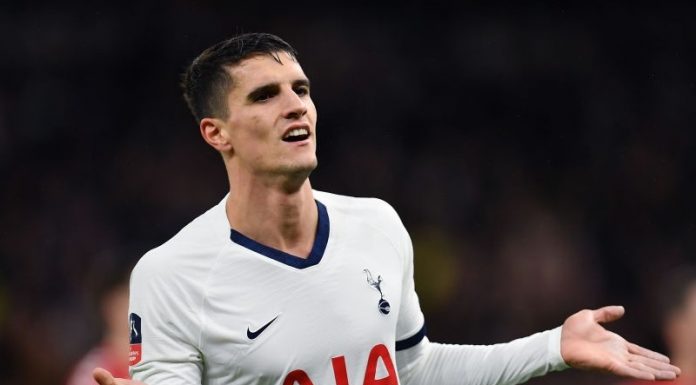