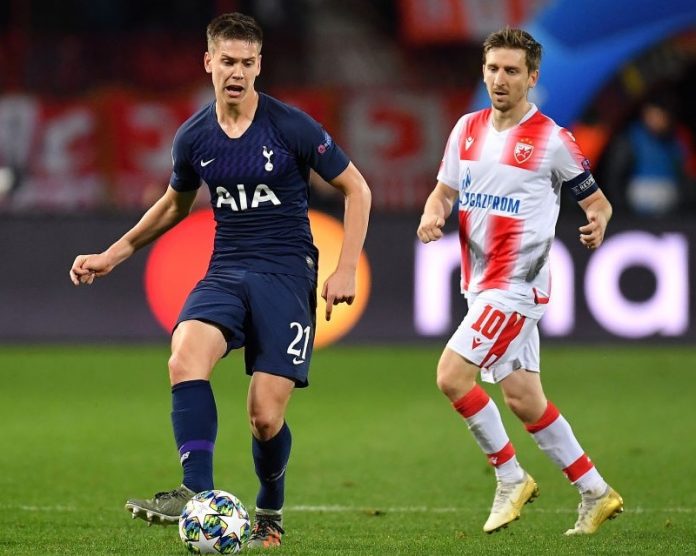 Spurs will be looking to offload a lot of deadwood from their squad at the end of the season and one deal already seems to be in the bag.

Juan Foyth joined Villarreal on-loan last summer, with an optional purchase clause of €15m, which must be exercised before the start of next season. The Argentine has established himself as an important player for the Yellow Submarine and the La Liga club seem set to take the opportunity to sign him.

Foyth had already proved himself as a versatile player at Tottenham, having played at right-back and centre-back. Villarreal have employed Foyth as a defensive midfield pivot since signing him and any player that can occupy three positions within a team, has to be a valuable one.

In total, Foyth has now made 25 appearances for Villarreal, scoring one goal. Foyth only played 30 times for Spurs across three seasons, having signed for the club in 2017 from Estudiantes.

Jose Mourinho in particular, seemed to have very little faith in Foyth, after taking charge of the club in November. That might not have too much of an impact on Foyth’s future, because Mourinho could well leave Spurs himself before long.

Mourinho is the favourite to be the next Premier League manager to leave his job, at the best football betting sites. This site lists some of our favourites if you’re looking to place a bet on Mourinho leaving Tottenham.

So that raises a question of whether a new manager might want to keep Foyth at Spurs, when he returns from his loan. In his appearances for Tottenham, he did not look strong enough to be a Premier League centre-back, nor enough of an attacking threat to convince as a right-back.

During his time at the club, there was some debate amongst fans, as to whether Foyth might be able to operate in the role of defensive midfielder. He’s now proving at Villarreal that he can do just that.

Yet when Foyth was being touted for such a role, there was no defensive midfield specialist in the squad. Pierre-Emile Hojbjerg has since been added and Oliver Skipp looks set to return to the club from his loan at Norwich in the summer and challenge for a place next season.

So it looks doubtful that there will be a vacancy for Foyth to fill. If Villarreal are willing to stump up the cash to take him to Spain permanently, it looks like a good solution for both clubs and the player himself.