Tottenham face Norwich City in the Premier League this weekend aiming to build on Thursday’s 2-0 victory over Brentford, and Antonio Conte has a few decisions to make regarding his team selection.

With a busy month coming up and a full squad of players – apart from the injured Cristian Romero and Giovani Lo Celso – available for selection, Conte might be tempted to make some changes for a game that is very winnable on paper.

That said, the Italian seems pretty set on the XI that we saw against Brentford, and with that in mind there is no reason to believe there will be any changes.

That means Hugo Lloris should be protected by a back three consisting of Davinson Sanchez, Eric Dier and Ben Davies again, and Oliver Skipp will partner Pierre-Emile Hojbjerg in midfield.

The wing-backs will be Emerson Royal and Sergio Reguilon, while the front three will be made up of Lucas Moura, Harry Kane and Son Heung-min.

The likes of Harry Winks and Steven Bergwijn will hope to be used from the bench again.

Here’s our predicted XI to face Norwich – what’s yours? Let us know in the comments section below. 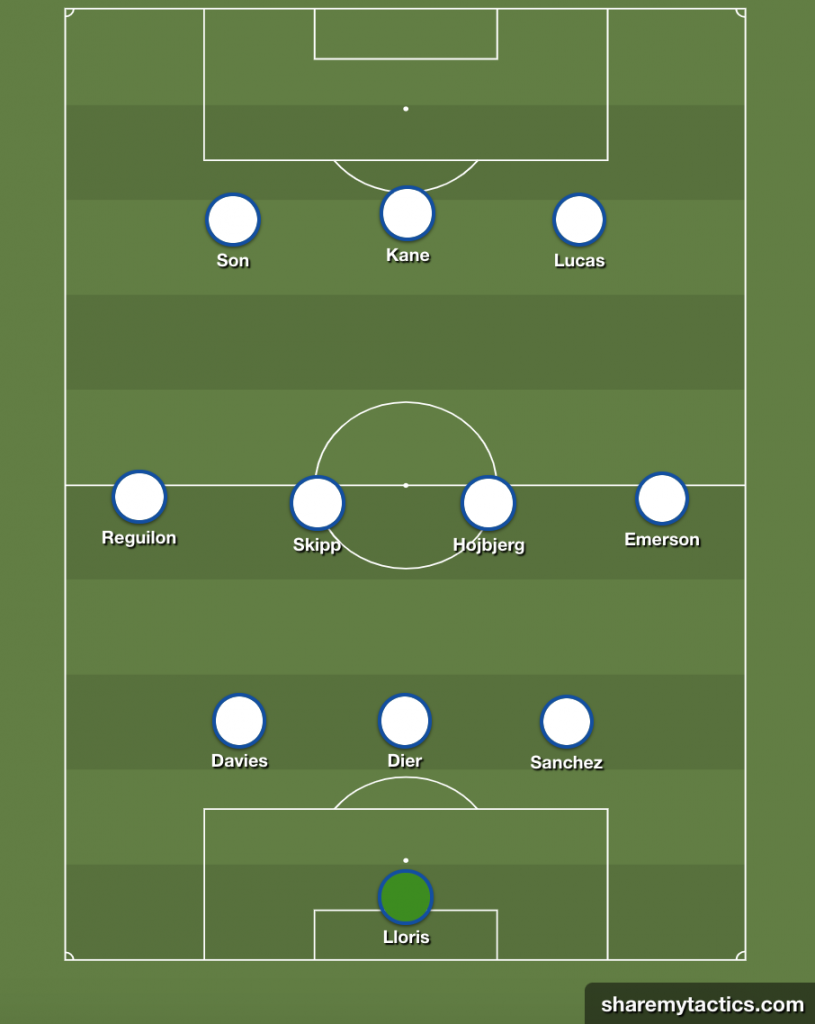