After the disappointing 3-0 loss to Manchester United there was plenty of debate as to whether Mauricio Pochettino had got his team selection right.

Eric Dier had a particularly difficult game and there is a strong argument that Federico Fazio should have played at Old Trafford, with his physicality more suited to dealing with Marouane Fellaini.

So should Fazio start over Dier against Leicester? Not in our opinion. Dier is a young player and as such he’s bound to make mistakes. So is Fazio on this season’s performances, only he doesn’t have youth as an excuse.

We’d go with an unchanged line-up from the side that lost at Old Trafford and not just because the players in reserve are not particularly inspiring. It would also be a show of faith in this inexperienced side.

Here’s our Spurs side to face Leicester. What’s yours? 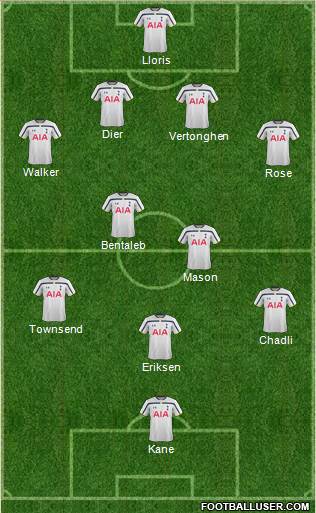