Mousa Dembele faces a lengthy ban which could see him not just miss the end of the season, but also next season’s opening matches.

The Belgian was charged with violent conduct after cameras caught him appearing to attempt an eye gauge on Diego Costa, during Tottenham’s 2-2 draw with Chelsea.

Yet a screen-grab from Monday night raises doubts as to whether Dembele should have been charged with this offence.

Though Dembele quite clearly attacks Costa, the FA’s rules state that retrospective action can only be taken when the referee and his assistants have not seen the incident.

As you’ll see from this image, the referee’s assistant Simon Beck is looking straight at Dembele and Costa. It seems very unlikely that he did not see what went on. 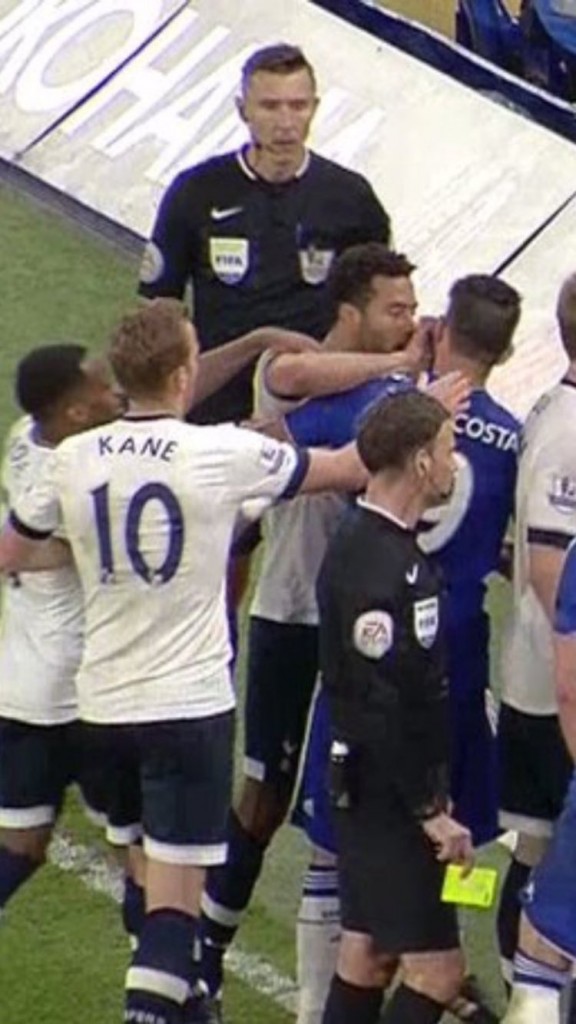 Sky pundit Jamie Carragher was forthright in his opinion. “He can’t not have seen that,” said the former Liverpool star.

“There is no doubt Mark Clattenburg has been lenient and I don’t mind officials being lenient in big games. But incidents like that, the linesman is looking straight at it and he froze and has bottled his decision.”

Regardless of the severity of Dembele’s foul, have the FA bent their own rules to punish Dembele?

Bergwijn straight back in, Lo Celso on the bench: Possible Spurs line-up vs Newcastle