We’d stopped bothering to publish this article in recent weeks, due to the obvious answer to the question.

With Spurs out of all cups and able to concentrate on the Premier League, Mauricio Pochettino has been sticking to his strongest side, but the suspension to Dele Alli leaves him with a dilemma.

There are three candidates to replace Alli in the side to face Chelsea – Nacer Chadli, Ryan Mason and Heung-Min Son.

Alli brings goals, creativity and energy to Tottenham’s attack. Chadli is the most reliable goalscorer of his possible replacements but can often go missing, while Mason has rarely had the opportunity to play in such an advanced position in the first-team and would represent a gamble.

The closest that Pochettino has to a like-for-like replacement for Alli is Son. It’s true that he’s yet to find his best form at Spurs, but the talent is there.

Here’s our Spurs team to face Chelsea, what’s yours? 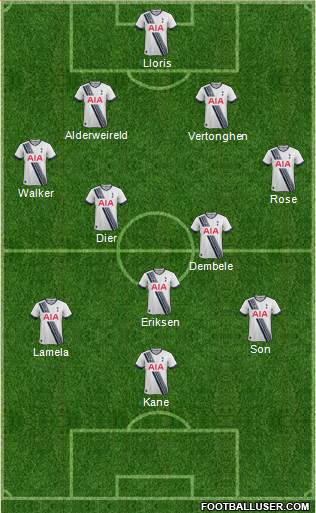