Tottenham travel to Burnley in the Premier League this weekend, and Jose Mourinho has a number of decisions to make regarding his team selection.

Harry Kane, Moussa Sissoko and Son Heung-min remain sidelined with injuries, but Hugo Lloris has returned to training after a groin problem – the 33-year-old should start between the sticks at Turf Moor.

In his press conference on Friday, Mourinho strongly hinted Dier will start at Turf Moor following Wednesday’s altercation in the stands after the FA Cup exit to Norwich City. Dier will likely be partnered by the returning Toby Alderweireld at centre-back, with Serge Aurier and Ben Davies at full-back.

In midfield, Gedson Fernandes may have done enough as a substitute against Norwich to earn a start here. He will join Harry Winks and Giovani Lo Celso in providing support for a front three of Steven Bergwijn, Lucas Moura and Dele Alli.

Mourinho will have strong options to call on from the bench, including Tanguy Ndombele and Erik Lamela.

Here’s our predicted XI to face Burnley – what’s yours? Let us know in the comments section below. 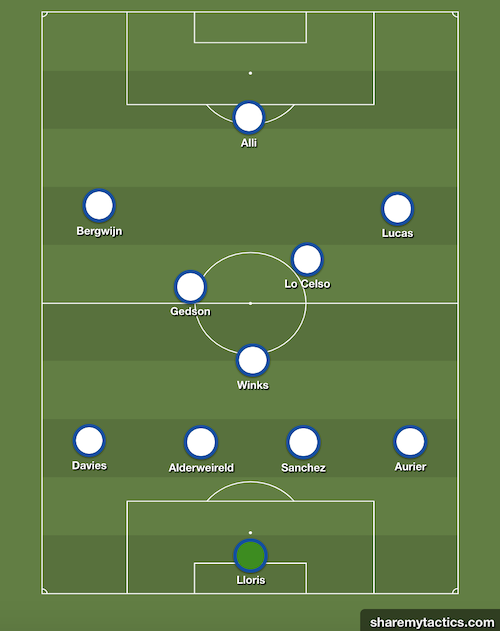