Both Everton and Spurs came away with a point after an entertaining Premier League clash at Goodison Park.

Aaron Lennon opened the scoring in the first half against his former club with a fine half volley, something he did all too rarely during his time at White Hart Lane.

Tottenham were level just before the break through Dele Alli. The young midfielder controlled a superb Toby Alderweireld pass on his chest and volleyed the ball low past Tim Howard.

The second half was scrappy yet played at a sublime pace. Either side could have won it, so a point was probably fair in the end.

Here’s how Twitter reacted to the performance and result.

Wow, relieved to an extent that the FT whistle blew. Only one team was going to win that. We just didn't take our first half chances.

Heart in mouth for the last few minutes. A game we dominated and could've perhaps should've won but a point is decent. Well done boys. #COYS

Even when we try really hard to lose, we don't. #COYS #EVETOT

I'll take a point. We were unlucky not to score one/two more in the first 45, but Everton much better in the second half. Not a bad result.

That last ten minutes was like the final minute of a tight title fight – tactics out of the window, both feet planted and swinging. Crazy.

Superb 1st half. Heavy programme caught up with us 2nd. 10 points from 12. Believe #coys

Learning curve 2nd half, brilliant 1st half but didn't pass it quickly 2nd half, allowed them to get close to us but a good performance COYS

Can't fault the effort. On another day we could have been 2-3 up by half-time. Took going one down on the chin and kept going. #COYS

We just ran out of steam (esp Kane/Carroll). Everton had better options off their bench. Dembele missed. Decent point after recent results

As soon as Eriksen came off all control was lost in midfield.

Tom Carroll really didn't cut it for me. Massive liability towards the end of the 2nd. Fine when in possession, but the man has no fight.

Fair result considering how Everton came out in the second half and how fatigued we looked too. #COYS https://t.co/WDDsuhtipc

Kane knackered by the hour mark. We're going to need to sign a striker this month, there's no doubt about that now, if there ever was.

Thought Dier & Carroll were fantastic on the whole. Alderweireld great, Alli & Lamela impressive. No standout but lots of good showings

#thfc Thought Spurs might have enough to win here today but Everton had the better chances in the second half. Not a bad result at all.

If Dele Alli is still playing like this in June he has to start for England. Most major countries would ignore his age and trust his talent.

Not many people wanted Carroll to keep his place but he justified his selection with a great performance.

Tottenham are great to watch right now. Anyone remember when people used to talk up Roberto Martinez as much as Mauricio Pochettino?

Excellent first half, decent second from Everton. 10 pts from 12 over festive period. Buy a striker, win the league.

Painfully obvious again that we need to buy in some goals. Harry looks knackered, which is no surprise given the amount of games he's played

The only thing I can say is, Poch needs to be backed. Impact signings needed. Striker needed. All upwards from there. #COYS 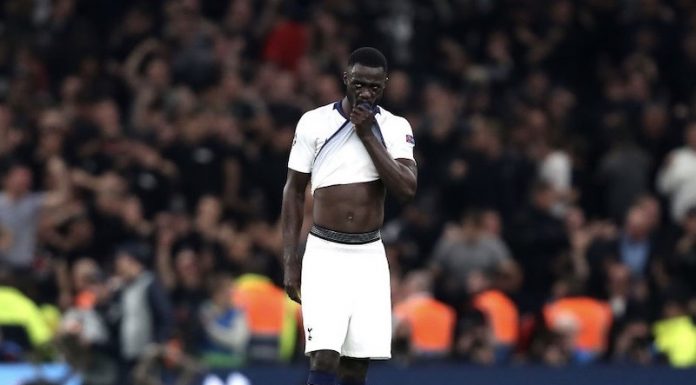 “I’m sure”: Ryan Mason suggests what Daniel Levy will do in the coming weeks