Mauricio Pochettino has a decision to make ahead of today’s match with Manchester City, as Jan Vertonghen faces six weeks on the sidelines.

Pochettino named the same starting XI for the matches against Chelsea and West Brom, but Vertonghen was substituted in the second-half in the 4-0 win over the Baggies.

Ben Davies was his replacement that day and is a contender to continue in the role that he regularly plays in for Wales. Yet this would be a major snub for our left-sided central defender Kevin Wimmer, who deputised for Vertonghen so effectively last season.

A change to a back four is another option, but the 3-4-2-1 formation has been working so well it seems likely to be retained.

Here’s our Tottenham side to face Manchester City, what’s yours? 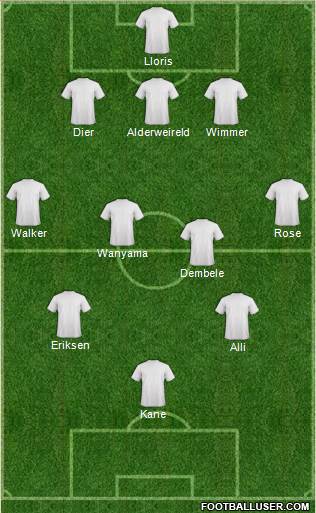