Mauricio Pochettino has some tough decisions to make as Spurs prepare to face Chelsea at Stamford Bridge.

Will he go for a back four or try to match Chelsea’s match three and who plays at left-back, with Danny Rose suspended and Ben Davies injured?

We’d go for a back four and Jan Vertonghen in central defence, with Kevin Wimmer at left-back. In midfield we’d play a central three that would see Victor Wanyama line up alongside Mousa Dembele and Harry Winks.

Here’s our Spurs team to face Chelsea. What’s yours? 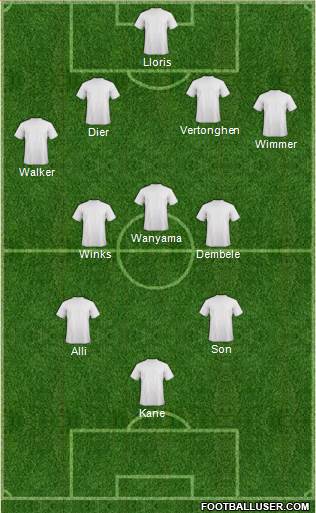