Mauricio Pochettino is expected to make plenty of changes when he picks his Spurs side to face Aston Villa in the FA Cup.

Michel Vorm should get a chance in goal, while the back three that did so well against Chelsea could give way for a second-string back four.

In midfield we expect Eric Dier to anchor things alongside Harry Winks. Further forward, Moussa Sissoko, Josh Onomah and Georges-Kevin Nkoudou could get a chance to supply the chances for Vincent Janssen.

Here’s our Tottenham team to face Aston Villa. What’s yours? 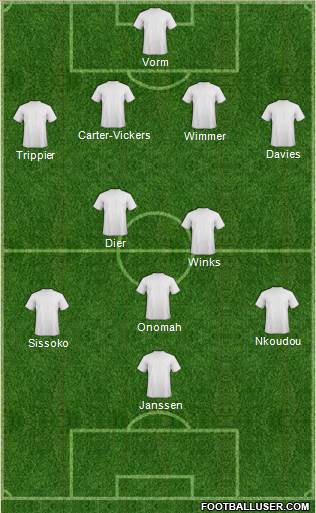